Here's Part 2 of our predictions:
Let us know if you agree or disagree. Check back tomorrow for additional predictions or click here for Part 1 predictions.
Posted by Norman Birnbach at 8:21 AM No comments:

We've been issuing annual predictions going back a decade now. Our goal is to help our clients more effectively understand and engage on topics of interest for social media.

We will be rolling out our 2012 list of trends over the next two weeks. Here are the first few: 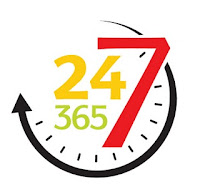 Let us know if you agree or disagree. And check back tomorrow for additional predictions.

Posted by Norman Birnbach at 4:44 PM No comments:

Here's the final part of our report card:
We'll publish more of our annual predictions tomorrow. In the meantime, you can check out all our 2011 predictions here: Part I, Part II, Part III, Part IV and Part V.
Posted by Norman Birnbach at 8:53 AM No comments:

Here are more grades on some of the trends we predicted for 2011.

2011: The year of the app-based media subscriptions. Pricing for app-based subscriptions were a big issue for publishers, but many now produce free apps that enable either per-issue (for a fee) access or free access for print subscribers. Some publishers have not figured things out, charging more on a per-electronic copy than for a per-print copy. Slowly more subscriptions are available on the iPad's Newsstand, which is great in that it aggregates a number of publications in one place, but not so good for publishers that once could expect their apps to appear on the screen by itself. Overall: B since this did not get much media or social media attention.

We'll publish more of our annual report on Monday. In the meantime, you can check out all our 2011 predictions here: Part I, Part II, Part III, Part IV and Part V.
Posted by Norman Birnbach at 8:51 AM No comments:

Before we issue our annual list of trends and predictions of media and social media issues next week, we think will be relevant in 2012, here's our annual report card of how we did with our 2011 predictions.

The Battle between the iPad & the iPad Killers
The battle we predicted between the iPad and the "iPad Killers" did not turn out to be much of a battle, as most of the wannabe iPad Killers were quickly considered misfires. HP's TouchPad was launched and taken off the market within a matter of weeks (writing off $3.3 billion to “the wind down of HP’s WebOS device business," which was the platform for the TouchPad). RIM's PlayBook launched without some key software apps.

We don't think we were wrong in calling it a big trend, though.  In an article, "Tech 2011: Biggest News Stories of the Year" published in Dec. 30, 2011, Wired included three tablet-related stories, including "Non-Apple Tablets Proliferate -- But No One Seems to Care."  Wired nominated two other tablet-related news events as top stories:
We were right in predicting that the iPad2 would continue to dominate the market, that a lot of media coverage would be about our app-enabled culture, and that there would  be a lot of discussion about iOS vs. Android. There were not as many stories as we expected for the PC market. We did not predict the Kindle Fire, which generated huge amount of coverage (overshadowing Barnes & Noble's equivalent Nook) as the media continued its attempt to anoint an iPad killer. Overall, an A-. As for 2012, we expect that the soon-to-be-disclosed (in a bar, perhaps) iPad 3 will be popular, and will continue to dominate the market. The Kindle Fire will do well, but a re-priced iPad 2 will outsell the Fire. Some Android tablets will continue to improve and to sell units, but will mostly eat iPad's dust.

We'll publish more of our annual report tomorrow. In the meantime, you can check out all our 2011 predictions here: Part I, Part II, Part III, Part IV and Part V.
Posted by Norman Birnbach at 6:51 PM No comments: