The Problems with Readers' Comments Sections: The lack of civility

In 2009, Virginia Heffernan in the New York Times Magazine raised an important question: "Reader comments are key part of online journalism. So why do they disappoint?"

To answer that, I checked out readers' comments on many sites -- NY Times, Wall St. Journal, Boston Globe, and others -- and most of the time, the comments are often off point, ad hominem attacks on either the author or other readers...In general, there's a school-yard mentality to the responses, which is helpful (apparently) for people who need to vent and rant but not for a general discourse.


Then, in 2010, Wall St. Journal's L. Gordon Crovitz wrote, "Is Internet Civility an Oxymoron?," looking at the same issue.

Crovitz then cited several ways that sites are addressing the problem of the comments section.
Yesterday, I decided to post a comment to an opinion article in the Wall St. Journal.  I had figured the Journal's comment section might be more circumspect, interesting and erudite because of the Journal's monitoring system to review posts.

I saw a lot of ad hominem attacks. A lot of emotion. And a lack of logical arguments. There was a call for reasoned debate, but most of the posts I read were focused on trying to score a point against the idiots on the other side (I saw this from both sides of the aisle).  There were quite a few people who modus operendi is to bully those they disagree with.

Seems to me the rating system deployed by the Journal does not work to promote civility. Neither does having people sign in with their real names.  And although you can report abuse regarding those comments that are attacks (rather than arguments) against other people's comments, the Journal doesn't seem to do any moderating to improve the conversations going on in its comments section.

The problem with political discourse in this country does not live only inside the Beltway. It's a problem all over the place, especially on newspapers' comments section.

I think closer moderation might be an answer, but I'd bet -- Crovitz aside -- that the free-market Journal is probably is not inclined to have a moderator. The Journal would not be alone in that decision.  Closer moderation would cost more while the payoff likely have no benefit to the Journal's bottom line.

And that's a shame. Because our country could use more civility in its political debates. And the Internet would be a good place to start.

Posted by Norman Birnbach at 8:03 AM No comments:

You can read about it in Matt Wilson's article in Ragan.com's PR Daily, "F-bomb appears in Chrysler’s official Twitter account."

In his follow-up article, Matt asked some worthwhile questions:
Matt points out that when something similar happened to the American Red Cross, "who turned a tweet about beer meant for a personal account into sympathy and blood donations."

But I don't think the situations are analogous.

For one thing, there's a big difference between what was posted on the Red Cross' Twitter feed and Chrysler's -- namely the latter used the F-bomb.  (You can read about the Red Cross' rogue tweet here.)

I think Chrysler couldn't just brush it aside and make a joke of it.

It's one thing for Melissa Leo at the Oscars or Steven Tyler on "American Idol" to let loose, but it's quite another for a company selling an expensive item to a mainstream population.

Plus, a brand has to earn the ability and the trust to joke with its constituents.

And while I enjoyed driving a Jeep for a long time, Chrysler's brand is not a jokey brand (as opposed to most domestic beers and alcohol brands, and, surprisingly, some insurance companies). Which is to say that we don't expect Chrysler to be making jokes -- so if they had tried to joke away the F-bomb, I think it would have fallen flat.

More than that, I doubt the internal culture at Chrysler is one that would feel like turning this gaffe into a joke.  This is not a judgment of Chrysler's culture.  Just some companies can't tell a joke.

What's interesting about social media, especially as illustrated by this situation, is that each organization operates a bit differently.  Everyone's learning and a lot of companies are making mistakes.  But each company's culture, resources, capabilities and relationships are different so that two companies in the same sector may operate and behave quite differently.

Let me know what you think.

In the meantime, for some good steps for how to handle a mistweet, check out "It’s Okay to Mess Up" by Beck Johns.

Posted by Norman Birnbach at 8:19 AM No comments:

There's been a lot of attention recently to "content farms," sites that provide lots of articles on a range of topics, but typically of low quality.

Part of the attention was driven by the IPO of Demand Media and by Google's recent algorithm change to "lower the search rankings of websites that the company said offer little useful information," according to the Wall St. Journal's "Google's Search Cleanup Has Big Effect," noting:


"Google has said the change was aimed, among other things, at sites with what it calls 'low quality' content: just enough information to appear in search results and lure users to pages loaded with advertisements. It estimated that the new algorithms would affect about 12% of U.S.-based search queries and would expand to non-U.S. queries in the near future."

For one thing, how do you define low quality?

When defining "low quality," both the Journal and the New York Times cited Amit Singhal, a Google fellow, quoting the company as saying, those sites "which are low-value add for users, copy content from other Web sites or sites that are just not very useful.”

Seems a bit like circular logic -- and I'm on Google's side.

The other defining characteristic is the low pay received by writers of these articles -- typically $10 to $15 per article.  That seems to have outraged the mainstream reporters the most -- when they try to get paid at a higher rates.

I think Content Farms are disruptive in a bad way (as opposed to Clay Christensen's positive disruption). They make more noise that makes it difficult for users to get good info.  The challenge is in defining low quality -- and the fact that sometimes, people just want basic info, and don't need long-form journalism.
Posted by Norman Birnbach at 9:14 AM 1 comment:

In "Switch: How to Change Things When Change Is Hard," by Chip Heath & Dan Heath, make the case that too many companies try to shore up weak spots rather when what they ought to do is find their bright spots and model that behavior for the rest.

Karlgaard highlights 10 tips, of which I think four are most relevant to communications functions:
I totally agree with Karlgaard about a sense of purpose.
Posted by Norman Birnbach at 9:27 AM No comments:

Anyone else think that Apple was referencing an image from Michelangelo's hand of God from the Sistine Chapel? 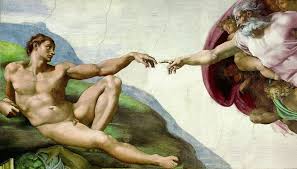 If painted today, would Adam have been wearing a turtleneck and jeans?
Posted by Norman Birnbach at 10:25 AM No comments: 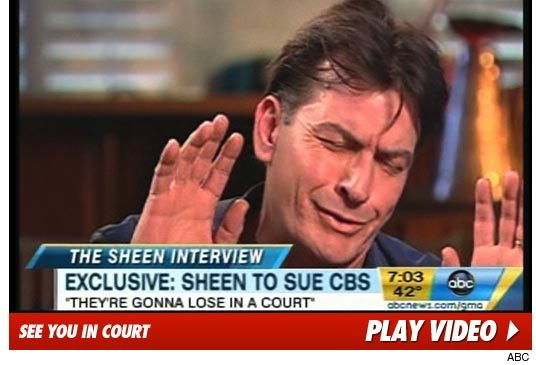 
I know that entertainment PR is a specialized niche, but the lessons of Sheen's meltdown are relevant to other parts of the PR world. And it helps make the case for getting good PR support ahead of time. Cleaning up after a disaster is always more complicated slogging than addressing issues before they turn into a crisis.
Posted by Norman Birnbach at 11:10 AM 1 comment:

You might think that as Mayor of New York City, you might not need to think about thought leadership and expanding ways to communicate your thoughts to the public.

After all, Mayor Michael Bloomberg has access to the media on a 24/7 basis. And not just local New York media -- if the New York Times and Wall St. Journal can be considered local media. New York is, of course, the media capital of the US.

But that's not enough, apparently.

As I wrote last month (Bloomberg to Publish Editorials -- Welcome to the Blogosphere, Mr. Mayor), Bloomberg is launching an opinion section called Bloomberg Views to air his ideas.

Check out "After Business and Politics, Mayor Tests Opinion" in today's New York Times. For those who think thought leadership -- the concept of promoting your thoughts as blazing a path -- is not worthwhile or is just about ego, think again.

Bloomberg, a billionaire who can afford to lose money, still feels that thought leadership is important to maintain his visibility, which in turns enhance the reputation of his media empire.

My point: if Bloomberg feels he could benefit from thought leadership, so could a lot of companies.
Posted by Norman Birnbach at 11:59 AM No comments: