In our blog from Dec. 19, 2018, "4 Additional Media Trends for 2019: including 'News Fatigue,'" we noted, "Digital media isn't the sure thing it was once thought to be, despite the lack of traditional media's baggage (like lack of printing presses)."


The incredible shrinking newsroom. A decade ago, most newsrooms used to employ more reporters to cover the news, and the amount of pages that newspapers and magazines had to fill was larger. Today, news reporters have to cover more news with fewer resources and less space. Locally, at the Boston Business Journal, a terrific weekly, staff reporters typically file four or so stories a day, may have a weekly newsletter they produce and then must write a longer article for the weekly printed edition. Radio reporters now also have to write up a print story for the website in addition to producing their stories for the radio. All of this is to say that there are fewer reporters and they have to produce much more. This makes it challenging for them to take meetings, cultivate sources, uncover stories that need to be told. According to the UNC School of Media and Journalism's Center for Innovation and Sustainability in Local Media, the result of all this is that "Many newspapers have become ghosts of their former selves, both in terms of the quality and quantity of their editorial content and the reach of their readership."

Unfortunately, that prediction was validated by Axios in January: "More than 1,000 media jobs lost in one day." Many of those jobs cuts were handed down by BuzzFeed, which eliminated 250 jobs; Gannett, which cut more than 20 jobs; and Huffington Post, a division of Verizon. Overall, Verizon Media cut 800 jobs, approx. 7 percent of its global workforce. Axios also noted job losses at Vox and Refinery29, two digital-only media sites.

According to Axios, the shrinking newsroom "exists at the local, national and global levels, and across digital, print and television operations." For another article about the problems of newsrooms, check out AdWeek's "Layoffs Likely to Continue in This ‘Wrenching’ Period for Media Industry."

Axios also sees the impact on "the cheap sales of websites that had raised tons of money, like Mic.com and Mashable.

Those two sites are still producing interesting, good journalism but their troubles may be self-fulfilling. In conversations this past week, we were asked about getting into Wired, the Times, Wall St. Journal and TechCrunch by several new and prospective clients. But no one asked about Mashable -- which would have been on that list two years ago.

Our point is this: good, credible journalism is only one factor you need to have a successful news organization.

There are a number of variables news organizations need to have a profitable, sustaining business model. You need to figure out the costs and resources (editors, reporters, tech people and infrastructure to deliver the news) and how to pay for that (paywall, phased paywall or no paywall; subscriptions, advertising, native ads and clickbait, sponsorships and underwriters for nonprofit outlets.

Unfortunately, while there are many news sites and tech news sites, very few have made it work. Which means that we expect the newsroom to continue to shrink. And we wish we weren't right about this.

We certainly don't have an answer to the business problems plaguing the news sector. But do you? Let us know if you have any suggestions.

Posted by Norman Birnbach at 8:00 AM No comments:

The Problem of Our Social Media Avatars

We don't usually post anything political on this blog but we thought this "New Rule" by Bill Maher about avatars isn't really political. Mostly it points out an essential truth: much of what many of us post on social media isn't a true reflection of our lives. We've seen people who judge their chaotic lives and feel badly because of someone else's perfect spouse and children, their wonderful vacation, etc. -- when that may not be 100% accurate. It's one reason, some believe, that social media can depress you the longer you spend time on it.
The key segment starts at 1:58 in the video:

Posted by Norman Birnbach at 3:20 PM No comments:

Enough of To Do's, Here's My To Don't List

Today I feel overwhelmed by my To-Do list. What I really need is a To-Don't list... The only problem: For a long time, I haven't had time to develop one.

With the start of a new year, I decided to identify some resolutions for things I need either to not do or to stop doing.

That's a big list, with some overlapping items. I will likely add more over time.

Meanwhile, here are a few To Do's that I want to incorporate: 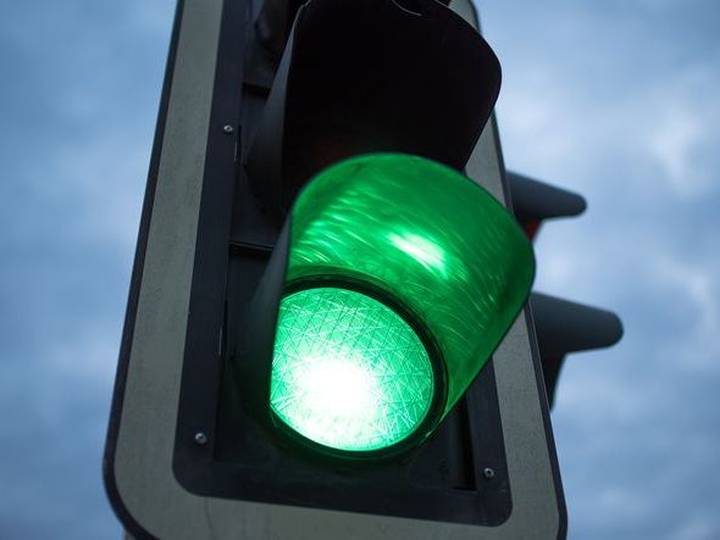 Need more motivation or insight? Here's what author Jim Collins said in a Bloomberg interview, "Good to Great Expectations: Jim Collins on getting to the next level":

"The imperative is to manage our time, not our work. This is why the whole question of balance and finishing our work is insane. There are only 24 hours in a day, so what difference does it really make if you work 10 hours or 14, given that there are a thousand potential hours of work? The real question is the incredible rigor of what goes into the hours you allocate.


"I’ve found that real change comes from genuine displeasure with oneself.  Anything less -- including the usual 'I really need to...lose weight/get organized/exercise more often...' won’t survive the inevitable periods of stress we all experience at one point or another."

For other tips to be productive, check out the following:
I'm not a productivity expert and this list is more for me than trying to preach about some system to others, which is why I'm posting it on my blog (as opposed to trying to publish it somewhere).

I will try to check back at the end of the year to see how I did.
Posted by Norman Birnbach at 7:30 PM No comments:

Email ThisBlogThis!Share to TwitterShare to FacebookShare to Pinterest
Labels: Jim Collins, resolutions, To Do lists, To Don't lists

9 Political Trends (Without Getting Political About Them)

Happy New Year (we hope). We don’t usually make predictions about politics, and we’re not about to change that now.

That said, there are some issues that touch on politics that will get attention. We mention them below (but not the partisan issues) because these are topics reporters will cover in 2019. (We also broke out some of these trends under our finance sector trends.)

1.   The state of the economy, including a volatile stock market, trade wars, trade deals and tariffs, taxes, deficits and unemployment will get a lot of attention in 2019. We’re not taking sides, merely pointing out what to expect will be top of mind. Recession watch will increase, after 37 quarters of the longest expansion. China will be a big part of the story. (Please note: when we wrote this, in early December, we didn't think there would actually be a partial government shutdown due to a lack of funding for the border wall -- so we got that part wrong -- but there has been growing attention paid to the financial impact of the shutdown on the economy, the furloughed federal employees and others hurt by the shutdown, and we feel the financial impact of the shutdown will be trending.)


2.  Brexit, if it happens, will be big news. It will happen but we think it won’t deliver on the promised benefits. London's role as a finance capital will also be evaluated and discussed in the media. (It is an important issue because as much as many feel that employees can operate remotely, location still matters to finance companies.)


3.  Student debt levels and Millennial’s financial habits. Expect to see articles about how student loans will impact down-the-road growth since millennials, who may be underemployed or working a part-time with a couple of side gigs, may not be able to afford to purchase homes.


4.  The state of healthcare will get attention. Again, not taking sides (although it seems important to maintain coverage of pre-existing conditions) but in the buildup to 2020, there’s going to be a lot of discussion about what healthcare should look like. Expect continued concerns about drug prices with not enough understanding of the costs of drug development, which can take a decade and investments exceeding $2 billion.


5.  Election reforms will get discussed on op-ed pages. Still not taking sides (although it seems important not to suppress votes in a democracy) but poorly designed ballots, early voting, absentee ballots, machines that don’t breakdown while offering a paper trail, and enough polling places in poor neighborhoods are issues certain to be reported on in 2019.


6.  Climate control and extreme weather will be a big story. After a record hot year a more wildfires, hurricanes, floods, heat waves, etc., 2019 will see more debate and coverage about rising sea levels and how to protect people and property, manage Federal and state lands and what we can do or should do and the Paris Agreement. We don’t necessarily expect progress or solutions (in 2020, that will depend on who’s elected president) but the topic will be get a lot of media attention.


7.  Gun control and the state of the NRA. In 2018, the NRA reported a $55 million drop in revenues. We don’t think the NRA is on the ropes, financially, nor politically, despite some 39 new Democrats in the House of Representative. But at a time when schools routinely schedule lockdown practices and people aren’t safe in temples and churches from gun violence, we do believe there will be discussion/coverage in the media in 2019 about what can be done.


8.  The 2020 campaign will unofficially begin in 2019. This is obvious but we feel there will be a lot more coverage of presidential politics in 2019 than during any year prior to the actual presidential election. We’re not going to make any other predictions.

We've tried not to take sides, and hopefully we succeeded. These eight trends will eat up airtime and ink so we feel it's important to at least acknowledge them because it means that the media may not have the resources to cover your story.
Posted by Norman Birnbach at 8:00 AM No comments: