The Future of Media Relations

One of the challenges for public relations agencies and their clients is how to adjust to the news business that finds itself under attack in several different ways.

To understand some of the challenges for public relations, we need to address what's going on in the business of news.

So these factors add up to making it more challenging for PR functions and agencies to conduct traditional media relations activities such as media tours and background interviews. That's not to say those things don't happen; just that it can take more work to score those.

On the bright side, there are new outlets that provide quality journalism -- like Vice, Vox, Axios, Quartz -- but they may not have the name recognition, and their staffs may be harder to reach. Many reporters don't list their phone numbers. For that matter, some of these outlets don't list phone numbers so the only way to reach a reporter is by email and there's no good way to follow up. (No one really likes following up but it has proven to generate coverage. Being unable because there's no phone number means it's harder to report back to clients about where things stand. And you can only email so many times without a response before it turns into a credibility problem for the publicist.)

Additionally, these new outlets may have an edgy persona so good media professionals need to continue to find quality media and vet those outlets to help clients – whether internal or external – understand the value of targeting media they may not have heard of but who may be influential and worth pursuing. That additional layer of vetting requires additional time. 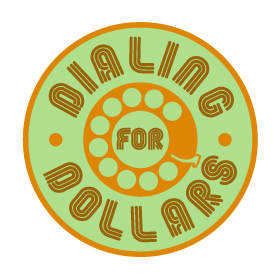 More than a decade ago, my rule of thumb was that it would take a half hour per reporter on your media list. So if you had a list with 20 reporters, it might take 10 hours between calling all reporters, scheduling and coordinating an interview, providing background on the reporter for the client, etc. Now it takes longer because you also have to check reporters' tone and the stuff they post on Twitter. That's a big difference. (You don't want to pitch an A.I. client to a reporter who is consistently posting that A.I. is a danger to society.)

Yet we feel that traditional media relations won’t fade away. Instead, media relations will continue to be an important means for organizations to communicate their stories, and good media pros will need to expand the definition of the media to include YouTubers, Twitter, Instagrammers – just as they’ve been doing that with bloggers.

Posted by Norman Birnbach at 8:00 AM