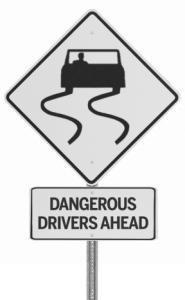 One of our clients makes videoconferencing software, which enables employees to work remotely and still connect face-to-face with other colleagues, partners, etc.

My point here is not to plug my client's technology (good though it is).

It's that last week, after getting caught in horrble rush hour traffic on Rte 128, when a 45 minute ride took two hours, I'm looking for alternatives to driving anywhere in the state.

Every day, I see examples of bad driving, often due to not paying attention because people are talking on cell phones.

It becomes a self-fulfilling prophecy: driving will take a long time so I might as well talk on the cell while driving so I can feel productive. But because they're on cell phones, they're not paying as much attention to the road. A few weeks ago, I saw some erratic driving, pulled up to the driver, and saw, sure enough, he was on his cell. Ten minutes later, when he had finished his call, he was driving better.

I refer to slow driving due to cell phones a cell tax.

I don't usually rant, but it seems worse. And that leads me to an editorial in the Boston Globe last week, "Driving: No, we’re not getting better." I'm tempted to quote the whole editorial.

According to a new study, Massachusetts drivers are no longer the worst in the nation. Now, we're just the 14th worst -- with the other states edging us out by getting worse, not by Mass drivers getting better.

That's not a point of pride. I wish drivers would pay more attention to the road, not their phones. Read the editorial, just not while driving, please.
Posted by Norman Birnbach at 8:07 AM